What is Tarsal Tunnel Syndrome?

The tarsal tunnel is a narrow passageway that lies on the inside of your ankle and runs into the foot. It encloses arteries, veins, tendons and nerves that supply the foot. The tunnel holds very limited space as it is formed between bones and overlying fibrous tissues. Within the tarsal tunnel lies and runs a nerve called ‘posterior tibial nerve’.

Tarsal tunnel syndrome typically occurs when the posterior tibial nerve gets compressed, pinched and damaged within the confined space of the tunnel because of repeated pressure on the nerve. This can happen due to any of the following:

The signs and symptoms of tarsal tunnel syndrome are usually felt on the inside of the ankle and/or on the bottom of the foot. However, they may be isolated in some people and occur in just one spot, or may extend to the heel, arch, toes and even the calf in others.

The condition generally presents in the form of one or more of the below:

If the condition is long-standing, you may experience pain or tingling (feeling of an electric shock) at night or even when you are resting.

What If the Condition is Left Untreated?

If left untreated, the condition can progress to an advanced stage leading to severe pain in the foot and/or ankle, and eventually result in permanent nerve damage. This could affect the motion or functioning of the foot and make performing normal activities difficult.

Your doctor starts the diagnosis by asking you about your medical history and then physically examining the affected foot or ankle. Subsequently, he or she looks for signs such as numbness or loss of feeling in the ankle or foot before performing a simple test known as “Tinsel’s test. This involves gentle tapping of the tibial nerve. If a tingling sensation or pain is felt because of tapping pressure, it indicates tarsal tunnel syndrome.

However, the doctor may also order the following tests to confirm the condition.

The treatment of tarsal tunnel syndrome depends on the specific symptoms and the underlying causes. Several nonsurgical treatment options, often used in combination, are available to treat the condition. They include:

If the condition is severe and long-term, surgery may be considered to reduce the pressure on the posterior tibial nerve. The surgery, typically known as “tarsal tunnel release”, can be open or minimally invasive depending on the need. 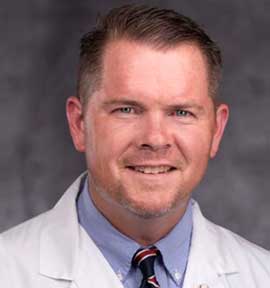